William West was the leader of a nobility in Reveil, although the rank of the nobility is unknown. After misplacing his trust in one of his friends, William lost everything, including his family's fortune and his wife. William's desperate effort to change the past and make his son, Phillipe West happy as a result involved forming an Illegal Contractor with the Chain, Grim. William and Grim were captured by Pandora during their massacre, but were also subsequently released by Vincent Nightray so that Vincent had an excuse to kill him in order to protect his identity as the Headhunter.

William was the head of a noble family located in Reveil, living happily with his wife and Phillipe under the Four Great Dukedoms' dominating rule. William believed a friend of his however concerning an unknown event, resulting in William and his family facing bankruptcy. With their money and social status diminished, William's wife became ill, and William didn't have any way to pay for treatment for her. As a result, William's wife died and William became miserable.

Soon, William and Phillipe were forced to move out of their mansion as everything they owned was seized, and they lost every valet whom had served their family. William and Phillipe moved into a much smaller house, and William was forced to leave Phillipe alone much of the time because William had to find ways to pay off his debts to people throughout Reveil.

In his misery, William was approached by a Chain named Grim, who had made his way to Earth through a distortion in the Abyss that he used to create a path. Grim offered William a way to change the past by forming a Contract with him, something which William gladly accepted, taking it as an opportunity to make it so he had never listened to his friend. William drank Grim's blood in order to bind the Contract. William had formed an Illegal Contract this way however, resulting in an Incuse appearing on his chest just over top of his heart, thereby putting a time limit on William's time that he had remaining on Earth. William and Grim would then travel out into Reveil at night, William finding people on the streets for Grim to devour in order to sustain himself and generate more power.

Pandora managed to eventually capture William and Grim however, keeping him locked away in the dungeons of Pandora's Headquarters, where special symbols were drawn around the cells in order to negate the powers of Contractors, thus making William helpless.

William was visited in his cell by one of his friends one day sometime after his capture around 2 o'clock. This friend was Vincent Nightray, who suddenly attacked the six guards who had been watching William, killing them all in order to allow William and Grim to escape. Unbeknownst to William, Vincent hadn't done so out of the kindness of his heart, rather Vincent had done so with the intention of having William killed because William had known that Vincent had a secret identity as the notorious Headhunter who was targeting the Nightray family. As a result, Vincent sent Echo after William.

While Echo chases after Phillipe, thinking mistakenly that he was Grim's Contractor, William and Grim come across Gilbert Nightray and Alice as they wander the streets of Reveil in search of Grim and his Contractor. William and Grim confront the two, William asking them if they were hunters from Pandora. Grim recognizes Alice immediately, ordering William to help him devour her in order to please the Intention of the Abyss by killing the being known as B-Rabbit.

Alice tells Grim that she would much rather do a dance in front of Break than do anything that would please the Intention of the Abyss, ordering Gil to release her powers so that she can destroy Grim. Gil tells Alice to think a little before acting next time, taking off his glove in order to remove the seal on B-Rabbit's powers before realizing that without Oz, Alice's powers could not be unbound.

Alice and Gil turn and retreat, but Echo jumps down from a bridge over top of them, slicing her short sword through Grim's body, thus causing Gil and Alice to stop running. Oz has arrived with Echo as well, noticing that William was Phillipe's father (as the two had met earlier). Echo continues to fight Grim, but Gil distracts her by telling her that she can't fight him alone. This results in Grim grabbing Echo and throwing her into a nearby alley, then turning and destroying the bridge which Oz is standing on. Gil runs to Oz as the bridge crumbles, and William happily exclaims as Alice is the only one who remains.

Echo wakes in the alley and goes to get up in order to continue fighting Grim, but Vincent comes from behind her and wraps his arms around Echo, telling her to stay put and watch the fight continue with his for the time being. Meanwhile, William asks Grim how they should devour Alice, suggesting squashing her flat and then devouring her. Alice snidely remarks that she'd prefer being torn to pieces first, this confuses William and Grim, but Alice states that she'd tear Grim apart instead so she can improve his revolting appearance. B-Rabbit's powers release as Alice says this with Gil taking away Raven's seal.

Alice transforms into B-Rabbit and summons her scythe, immediately attacking Grim and severing his tail. William feels this pain as well because of how far along his Incuse has progressed. Oz tells Alice to stop attacking Grim in order to spare William, but Alice refuses because in her mind William had sinned by mocking her and so she was going to make him pay with his life. Jack Vessalius appears within Oz's subconscious, telling him that he has the right to stop Alice and control B-Rabbit's power, allowing Oz to put a stop to the flow of B-Rabbit's power to Alice.

Grim fades back into William's body in order to heal, and Oz approaches William. William draws his gun, ordering Oz to stay back and threatening to shoot Oz. Oz asks why William became an Illegal Contractor, and William proceeds to shoot four times at Oz, managing to graze Oz's cheek with one shot. William stands and explains to Oz how he had formed the contract with Grim all in the pursuit of changing the past for Phillipe's sake.

Hearing this infuriates Oz, and so Oz blindly stomps up to William, asking if William was serious about that, and while he didn't really know anything about him, he still insists that William should still be with Phillipe right then and there. Oz angrily asks William why he isn't with Phillipe as he grips William's shirt and is held at gunpoint by William asking why he's making Phillipe suffer the way that Xai Vessalius had made Oz suffer years before (as rain starts falling all around them). Oz insists that just spending time with William would have been enough for Phillipe.

This takes William off guard. Suddenly Gil stands in the distance behind Oz and William, not able to see that William has backed away slightly from Oz. Gil cocks his gun and aims at William, Oz stepping in front of William defensively, begging Gil not to kill William. A gunshot echoes through the air and a bullet pierces William's skull, killing William once and for all. Gil tells Oz to step away from William as his corpse falls to the ground, saying that it wasn't him who shot William. Vincent steps out from the alley holding Echo, confirming that Gil hadn't killed William because he had shot William, explaining that he saw it as the only way to save Oz from death because William was going  to shoot Oz. Vincent justifies that William was either going to fall into the Abyss with Grim as William's Incuse would have rotated for the final time as a result anyway.

William was very fidgety in life, and overall was a loving and caring father to Phillipe and all who knew him, though this changed after his wife's death when he was driven mad and bloodthirsty due to his Illegal Contract with Grim.

William's relationship with his son was previously, the two enjoying quality time together with William's wife in a noble lifestyle. However, following the death of William's wife, William lost everything, including the family fortune as he spent much of his time paying off his debts throughout Reveil. William was miserable, but instead of letting Phillipe see this, William told Phillipe that he was working late rather than paying off his debts. After losing all their valets and their mansion, William formed an Illegal Contract with a Chain in order to change the past for Phillipe's sake, not wanting Phillipe to live a life where he was trapped in a life which revolved around poverty. Phillipe still never lost faith in his father, despite all the tragedy that the West family had gone through.

Not much of William and Vincent's relationship is known, however Vincent did tell Lottie, Fang, Dug and Lily that the Head Hunter and William West were friends. Vincent had an unspecified closeness with William, as William had known about his existence as the Head Hunter. After William and Grim had been captured by Pandora, Vincent knew that Pandora would be interrogating William for information on the Head Hunter. Vincent went to Pandora's dungeon, where he killed the six Pandora members guarding William in order to help him escape. Although Vincent's intentions seemed good to William and he had accepted the help from his friend without question, Vincent had only freed William in order to kill him so that he wouldn't be able to reveal his identity as the Head Hunter to Pandora.

William before his Illegal Contract 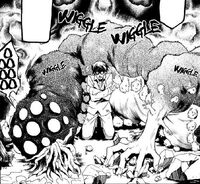 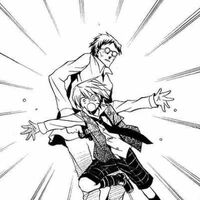 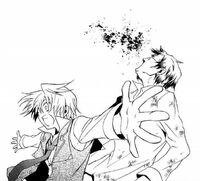 Vincent Nightray kills William
Add a photo to this gallery 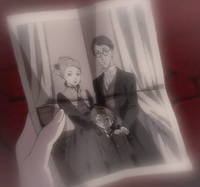 William with his family as nobles 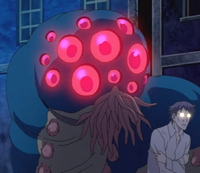 William & Grim
Add a photo to this gallery

Retrieved from "https://pandorahearts.fandom.com/wiki/William_West?oldid=63965"
Community content is available under CC-BY-SA unless otherwise noted.