Contractors are individuals who form bonds with beings from the Abyss, through blood. In the beginning, humans were unable to form Contracts with Chains unless they were selected by the Droplets of Light, sent by the Abyss to gather a chosen few to act as its messengers. Afterwards, these humans' bodies took in enough energy from the Abyss to make them more Chain-like than human, a diverse race called the Baskerville Clan. Every variety of Contract formed results in the Contractor receiving an Incuse over their hearts, however as messengers of the Abyss, the Baskervilles are meant to have companions from the Abyss, not only to act alongside them in battle but also to be their life long partners. As such, the Incuse from a Baskerville's Illegal Contract lacks a hand and therefore lacks a time limit on it's power

Contrary wise, when an individual who is not a Baskerville forms a Contract with a Chain, their Incuse develops a hand. This hand signifies twelve rotations and each rotation is made when the Contractor uses their Chain's power. When the Incuse reaches its 12th rotation, the Contractor is immediately dragged down into the Abyss, thereby removing them from The Rule of 100 Cycles to eventually become Chains themselves. After the invention of the Carcere by Pandora, individuals who made Contracts in this manner were considered Illegal Contractors and were often targeted by Pandora as fugitives. This is because, though Illegal Contractors have no actual limit on the amount of power they can use, toward the end of the Incuse's rotation the Contractor is often taken over by their Chain and go off on murderous rampages.

Fortunately for those not chosen to join the Baskerville Clan, when Jack Vessalius created the Four Great Dukedoms he also developed the means for a Legal Contract. Legal and Illegal Contracts are terms dubbed by Pandora to those who either make Contracts with or without Carceres. A Carcere is a silver pendant with a mirror-like plate inlaid into its center which takes in a Chain's blood so that humans don't have to. This marks the plate with an Incuse identical to the Baskerville Incuse, allowing the Contractor restricted use of the Chain's power without a time limit; though sometimes the Contractor's body will stop aging as a side effect. Unfortunately however, the stability of the Contract depends completely on the maintenance of the Carcere, meaning that if the Carcere is broken, so is the Contract. Additionally, a Legal Contract can easily have it's connection between the Chain and the Contractor muted or severed if the Key to the Abyss for its respective Door to the Abyss through which the Contract was formed is used for such an intent.

Vincent nightray
Add a photo to this gallery
===Past=== 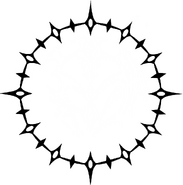 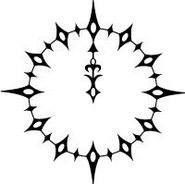 An Illegal Contractor's Incuse (No Movement) 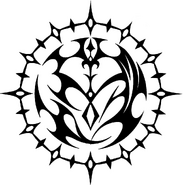 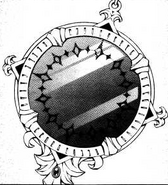 Retrieved from "https://pandorahearts.fandom.com/wiki/Contractors?oldid=60047"
Community content is available under CC-BY-SA unless otherwise noted.